Thanks o2, give me another reason to hate you!

Its been a while since I’ve had a rant about o2, the last being in November when I didn’t think they could do much more to annoy me given my contract is up in May – however they have done it again.

The simple question I ask you, is how many times do you need to ask a company to stop sending you marketing materials? In the case of o2, I’ll be on my 6th request if I call them again – however I’m changing tactic.

Well rather than complain to them again, and get the same pile of $hit from them I’ve decided to go directly to the Information Commissioners Office (ICO) – I’ve taken screenshots of all the messages they have sent me, and have sent it all off for the ICO to make a complaint on my behalf. 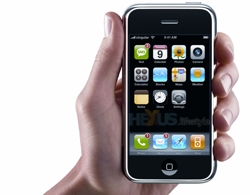 If you follow me on twitter, you will have probably seen me moaning for at least the past couple of weeks about how useless they are.

Well here is the full story of what happened, and why I was a grump.

I originally went into the o2 store with a problem with my Apple iPhone (3GS), the home button had stopped working, which practically rendered the phone useless. Whilst I was in the store, I enquired how long it would be until I could upgrade – this is where the problems started!

I was told by the store, that I had a 2 year contract – this was incorrect, and told the store staff – in a very negative “your in the wrong” tone, I was told to prove my contract length by bringing in my paper contract.

10 minutes later (I live round the corner from a store) I was back in there with my contract, with a look of disbelief from the stores staff – from this point on, things went seriously downhill – I was first told, that this was my mistake, and I had agreed to a 2 year contract – even though I had my paper contract in my hand – I flatly denied I had agreed to this… Three hours later, having been made to wait in the store, the assistant manager came to me, offered me a refund for my phone which I refused, and then said they would raise the problem with their area manager and give me a call back in 48 hours.

A week passed – no call. I then received a call from the store, from a very angry member of staff – we initially got off on the wrong foot, as I thought she was calling about the contract issue – however, she was calling to tell me I had broken my phone and I had to pay £138 for the repair – I complained, I complained about the contract issues, at which point I was told to I had nothing to complain about, and whilst she didn’t say this, it was basically get over it, your wrong, were right – pay up £138 and you can have a repaired phone. I got a little antagonised at this point, and “as you do” I said should I raise a complaint with your CEO and see if they think I have grounds to complain – the girl on the phone said “yeah, you may as well – you might get your complaint sorted” – I finished the call, quite annoyed.

I cooled off for a couple of days, and then sent in my complaint to the CEO’s office at O2, things started moving then – I was given a £45 refund against my bill, and they correctly told me when my contract should end – and confirmed I was not to blaim for any of this – it was a back office admin error.

I had already refused to pay £138 to o2 for the repair of my phone, and asked for it to be returned.

I have today been to the Apple store with my iPhone – oh! no water damage, no bill of £138 but a full replacement phone and all sorted.

O2 have really let themselves down on this occasion in my opinion – I will not renew my contract with them going forward.