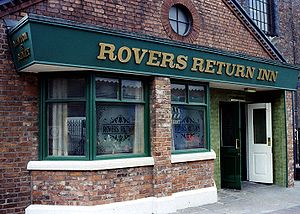 It was the best soap episode ive seen in a long time, and well worth the build up and hype that ITV bosses have been giving it (on practically every ITV show).

I had been thinking for a while that Rita and Gail would die, in fact I tweeted as much back in November.

However, given what I have seen, and the previews – I don’t think either will die now. I certainly hope big red (Rita Sullivan) hasn’t died!