Are Mobile Phones causing the death of the bees? 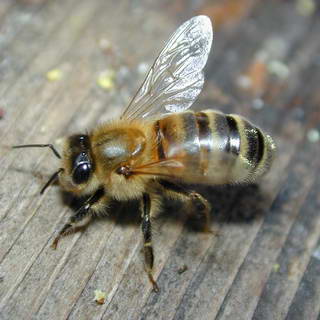 Bees are disappearing throughout the country, seemingly abandoning their colonies. OK, this might not seem like such a big deal either, but keep in mind that most of the world’s crops depend on pollination by bees… and this becomes a more serious issue.

Albert Einstein only once said that if bees disappeared, “man would have only four years of life left.”

Scientists now claim that the cause be radiation from mobile phones. The theory is that the radiation given off by the mobile phones and our other beloved gadgets could possibly be interfering with the bees’ navigation systems, preventing the works from finding their way back to their hives. One recent study even found that bees refused to return to their hives when mobile phones are placed nearby.

Are mobile phones wiping out our bees? [The Independent]