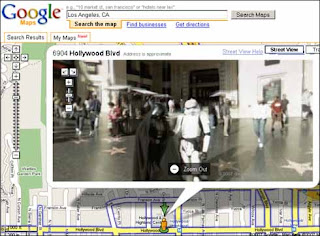 The Google LatLong Blog has announced that 4 more citys are avalible in google maps.

This is in addition to San Francisco, New York, Las Vegas, Miami and Denver that was there when Street View initially launched.